Lydia Sabosto started playing the piano when she was 4 years old.  By the time she reached the age of 8, she was playing Beethoven's Moonlight Sonata 1st and 2nd movements. Lydia was all about the music when she was growing up.  Her mother, Mary, was a very big influence.

Mary was a music teacher, but came to realize it was not a good relationship for the mother to also be her daughter’s piano teacher. Lydia took private piano lessons from the age of 5 until she was 12 and Mary would see to it that Lydia practiced every day, even if it was just for 15 min.  Lydia was 12 years old when her mother died and her father continued nurturing Lydia’s musical talent.  Lydia's dad, Alex, was also quite musical.  In addition to playing the bassoon, he also played a mean harmonica.

Lydia’s younger brother, Wayne, started with piano lessons but then changed to drums.   They started a band together, New Breed, when Lydia was 12 and Wayne was 10. They got a few of the local kids to join in with guitar and bass guitar and singing.  After 3 months of practicing, they got their first gig at the local fire department.

Lydia played with the band until she went to college, at Berklee School of Music in Boston, Massachusetts.  She stayed there for a year learning music theory, arranging and writing.  She then went to Cornish Institute of Allied Arts in Seattle, Washington and studied music theory and arranging with jazz greats.

When Lydia came back from Seattle, she formed another band, Karma.  Karma played in many clubs throughout Long Island and in Manhattan.   Karma was booked by a few agents and they became the night’s entertainment at many resort hotels and bungalow colonies upstate New York, known as the Borscht Belt.  Karma started taking on a world of its own and moved upstate New York.   An agent from Connecticut heard the band play one night and offered Lydia an opportunity to work with women musicians and go “on the road.”

Lydia went on the road with the women’s band, Garbo.   It was quite the experience living out of a suitcase and the experiences became, “A Suitcase of Memories.”  No reason to go into any real details about the experiences, but basically it was incredible.  The girls of Garbo put on a great show and were treated like queens everywhere they went.  Billboards announced the band and local magazines ran articles about the band when they were in town.  The band traveled up and down the east coast.   After 10 months of living out of a suitcase, eating hotel food most of the time and not having any days off (because traveling to the next venue was a must on the days off), Lydia joined up with a singer she worked with in the past and started playing clubs in Manhattan.  She formed Karma again and this time Karma was an all girl band.

In addition to Manhattan, the band also played in Asbury park on numerous occasions.   One summer, Lydia and the singer had an opportunity to play in Provincetown, MA.  Lydia spent a summer season playing there, then it was back to Manhattan.  The singer was traveling on her own path and did not want to leave Provincetown, so Lydia decided to try it on her own and became a solo act.

After a couple of months in Manhattan, Lydia moved down to Florida and spent 2 years playing in the local clubs in Ft. Lauderdale.

After Florida, Lydia traveled back up north, but only this time, she went to Boston, MA.  She played at a couple of the well-known cabarets and became their regular piano player until she decided to move back to New York.

Lydia worked in Manhattan until she decided to change careers.  She went back to college and got her Masters Degree in Social Work, but music was in her heart, and not having any of it in her life at the time wasn’t fulfilling. She was miserable without music and so, while working as a Social Worker, Lydia ventured out again as a solo performer.

Through the years, Lydia has performed in many venues, including resort hotels, fundraisers, musical theater, political events and music festivals.   While performing, many listeners would continually ask Lydia if she was ever going to put out a CD of her renditions of songs.   Finally, Lydia asked herself the same question and so, “A Suitcase of Memories” was born.

In October 2013, Lydia was named Artist of the Week on WHLI 1100AM.  WHLI continues to play her CD, A Suitcase of Memories, and also the 2 Christmas Songs she recorded, Merry Christmas Darling and White Christmas.  Lydia did her own arrangements of the songs and they are quite different.

In 2016, MTV added Lydia her CD to their list of Artists.

Lydia is available to entertain at weddings, parties and other events. Please contact us at: lydiamakesmusic@optonline.net

The Music Of Lydia Sabosto 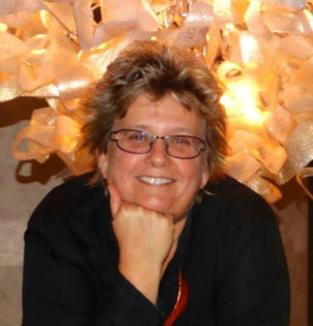